Being diagnosed with an autoimmune condition is a frightening experience. I know because I’ve been there. I was diagnosed with lupus and Hashimoto’s ten years ago. I don’t have either condition anymore. I’m completely cured. I have no more symptoms and no more antibodies! I’ve helped hundreds of people to so the same.

I was able to find and remove all the triggers in my condition and heal. I want to show you how you can begin to understand and reverse your condition like I did.

Knowledge is power so read on!

The immune response is designed to run smoothly, and under normal circumstances, it does. However, there are times when the system trips up, makes errors, and harmful invaders are “tagged” as safe. When this happens, the result may be an illness such as cancer. Other times, harmless invaders such as pollen, dust or pet dander are tagged and the immune system launches into overdrive, causing reactions such as allergies.

In the case of an autoimmune condition, the immune system becomes overwhelmed due to a combination of triggers such as chronic stress, poor nutrition, nutrient deficiencies, allergies, infections, and toxins. These triggers can cause the immune system to overreact and produce too many T-cells or B-cells (or both), which can then attack healthy tissue.

Is the Autoimmune Process a Condition or a Disease?

We commonly associate the word “dis-ease” with sickness or illness; on the other hand, the word “condition” implies a “state of being.” Conditions can get better or worse depending on circumstances, yet diseases are typically thought of as curable or incurable.

I’d like you to start thinking of the autoimmune process as a reversible condition instead of an incurable disease. When I began to view the autoimmune process this way, I was able to “reframe” things in my mind and instead of thinking I was the victim of a mysterious illness that had no cure, I was able to observe that my choices could influence my “state of being,” for better or for worse, and I began to realize that I could get better!

Stress and the Autoimmune Process

Current medical research shows that all autoimmune conditions are essentially the same process occurring in the body: the inflamed immune system, under the strain of continual cellular stress (triggers), mistakes healthy tissue as foreign and begins to destroy it.1 The only difference between various autoimmune conditions is which organ is being attacked. With lupus, it can be the skin, the liver, the joints, etc. With type I diabetes, it’s the pancreas; with multiple sclerosis, it is the brain and spinal cord; and with ulcerative colitis, it is the large intestine and rectum.

In the case of Hashimoto’s and Graves’, the thyroid is the obvious target, but it’s important to note that it’s rarely just the thyroid being affected, and there are typically many conditions happening at the same time.

In the autoimmune process, the cells of the immune system, that ordinarily work to kill harmful invaders and regulate immune response, get overworked, and thus become overproduced, under-produced or confused. They begin, instead, to tag and destroy our healthy cells and tissues.

Throughout history people have known that stress makes you sick. While they may have lacked the “science,” ancient healing systems were built upon relieving stress and detoxing the body, thus restoring balance and health. Today, scientists have proven how both acute and chronic stressors directly affect the cells of your immune system resulting in autoimmunity.

Here are just a few examples:

What I really want you to grasp is that the autoimmune process is a “symptom” of several underlying issues that have gone ignored or untreated for so long that the immune system becomes totally overloaded.

Scientists are scrambling to understand the mechanics of the immune system so that they can find a way to chemically manipulate it to function properly while being pushed past its limits. But what if we were to take a different approach? What would happen if the stressors were removed and the immune system was taken off its 24/7 high-alert schedule?

There is no question that modern medicine has made incredible advances in understanding the complexities of immune function, yet experts still don’t agree on why the immune system turns against its own body.

In 2010, a paper in Science Magazine reported that while risks of developing chronic diseases are attributed to both genetic and environmental factors, 70 to 90 percent of disease risks are probably due to differences in environments.

Our immune systems are influenced by everything in our environments from our positive and negative thoughts, the good and bad foods we eat, to the toxins and infections we are exposed to. Once we observe these effects, we can accentuate the positive and reduce the negative so the immune system can come into balance. When we reduce the burdens on our body and emotions and restore the conditions for wellness, autoimmunity can be reversed. I know this in my heart, and I have seen it in my own body and hundreds of times with my clients.

Your Genes are Not Your Destiny!

We have been taught to think of genes as being set in stone, a determining factor over which we have no control. If someone has family members, or relatives with the same autoimmune disorder, they may assume that “it’s in their genes” and there’s nothing they can do about it. But your genes are not your destiny; they are “instructions” to build the proteins, hormones and everything else your body is made of.

Many factors influence how well, or poorly, those proteins get built. The emerging science of epigenetics studies the factors that influence, and even control, how our genetic code expresses itself.

Visionary evolutionary biologist Bruce Lipton in his book, Spontaneous Evolution, uses a building construction analogy that I’ll expand to illustrate how gene expression works. Your genes are like the blueprints used to construct a house. The blueprints are a crucial source of information that informs contractors how to build the house.

Although the genetic difference between human beings is less than 1 percent, everyone’s blueprint is a little bit different although our blueprints do have much in common—doors, windows, floors, ceilings, etc. Some blueprints are designed to make mansions, and others to make a ranch house or cozy bungalow. It’s possible to make a shoddy mansion even from perfectly good blueprints if you use poor materials and incompetent workers. Epigenetics describes everything that goes into creating the final result out of the original blueprint in your DNA.

Imagine that you give identical blueprints to five contractors in different parts of the country. Will they build exactly the same house? No, there will be all kinds of variations. The houses may look similar, but one may end up with shoddy plumbing because of an incompetent subcontractor that used old, broken parts. One builder might purchase the finest finish materials, while another buys everything from the discount building center. One contractor might be distracted, and makes mistakes everywhere, while another is conscientious and creates a beautiful, long-lasting home.

You could use the same analogy for a dinner recipe. If you don’t have all the ingredients, or use foods that have begun to spoil, the best recipe could wind up, at the least, not tasting very good and, at the worst, make you sick.

Epigenetics informs us that if we give our body the proper ingredients and a positive, non-toxic, inner environment, it can give us optimum health and the best expression of our unique genetic code.

What You Need to Know:

Your doctor might tell you that you have a genetic predisposition that led you to develop your autoimmune condition. My experience has shown that by removing the physical, emotional and environmental factors that trigger autoimmunity, your condition can be reversed. You can get better.

The bottom line is that you have a lot of control over your health and your genetic expression. If you have been diagnosed with an autoimmune condition look for the underlying triggers and do your best to remove them.

I detail exactly how to do this in The Thyroid Cure. 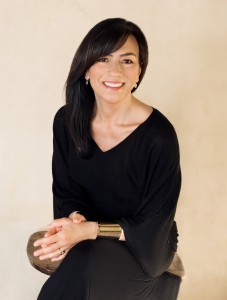