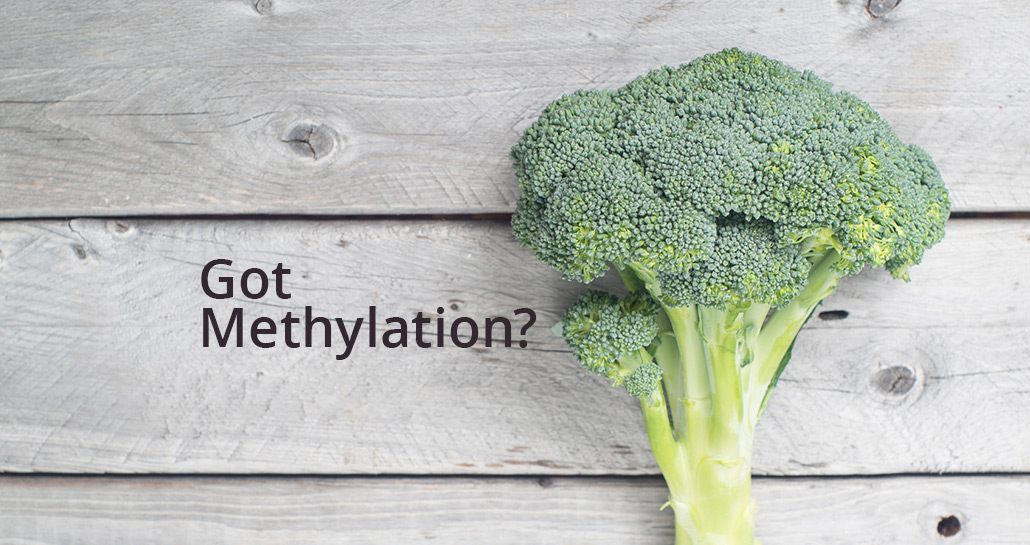 Methylation is the latest buzzword in the health industry and for a good reason. It’s is a biochemical process involved in almost all of your body’s functions!

Without getting too technical, methylation is the addition of a single carbon and three hydrogen atoms (called a methyl group) to another molecule. The removal of a methyl group is called demethylation. Think of billions of little on/off switches inside your body that control everything from your stress response and how your body makes energy from food, to your brain chemistry and detoxification; that’s methylation and demethylation.

Think of methyl groups as the on/off switches for:

If you have a shortage of methyl groups, or your methylation cycle is interrupted, any or all of these processes can become compromised, and you will get sick. In fact, research has clearly linked impaired methylation with all autoimmune conditions! 1,2

How to Improve Your Methylation Fast

Improving methylation is important for everyone, but it’s especially important if you have an autoimmune condition. One of the reasons is the role of methylation in detoxification and in the production and recycling of glutathione, the body’s master antioxidant and master “splinter” remover. Glutathione directly neutralizes free radicals, reduces hydrogen peroxide into water (reducing inflammation), and assists in the role of other antioxidants like vitamin C, E and lipoic acid.
Glutathione contains sulfur groups, which are sticky compounds that adhere to toxins and heavy metals and carry them out of the body. This is good thing and you want lots of it!

Studies have linked impaired methylation and low levels of glutathione to every type of autoimmune condition.3 I haven’t met anyone (including me), with any type of autoimmune condition, that has adequate methylation and levels of glutathione!
In a perfect world, your body makes its own glutathione from the amino acids cysteine, glycine and glutamine, and then recycles it via methylation using methyl donors like vitamin B12, folate, betaine and other nutrients. Under normal conditions, your body makes and recycles enough glutathione to handle all the toxins that you’re exposed to. However, if you have a high toxic body burden, or a part of the methylation cycle is disrupted, you can get very sick!

The bottom line is that there are several factors that can contribute to impaired methylation and low glutathione levels. If you have an autoimmune condition, chances are you have one or more of these disrupting factors.

6 Steps to Improving Your Methylation

For many people, improved methylation is a natural side effect of following the recommendations in The Thyroid Cure and Eating for Your Good Genes, Reducing Stress, Healing Your Gut, and Restoring Your Liver. In fact, New research in epigenetics and nutrition (nutrigenomics) shows that you can change how your genes express themselves by improving your methylation with nutrition!5

Here are some ways you can take control of your methylation and your genes:

Avoiding toxins, lowering your stress, healing your GI, and consuming foods and supplements that support methylation and can enhance your body’s ability to naturally detoxify and heal.